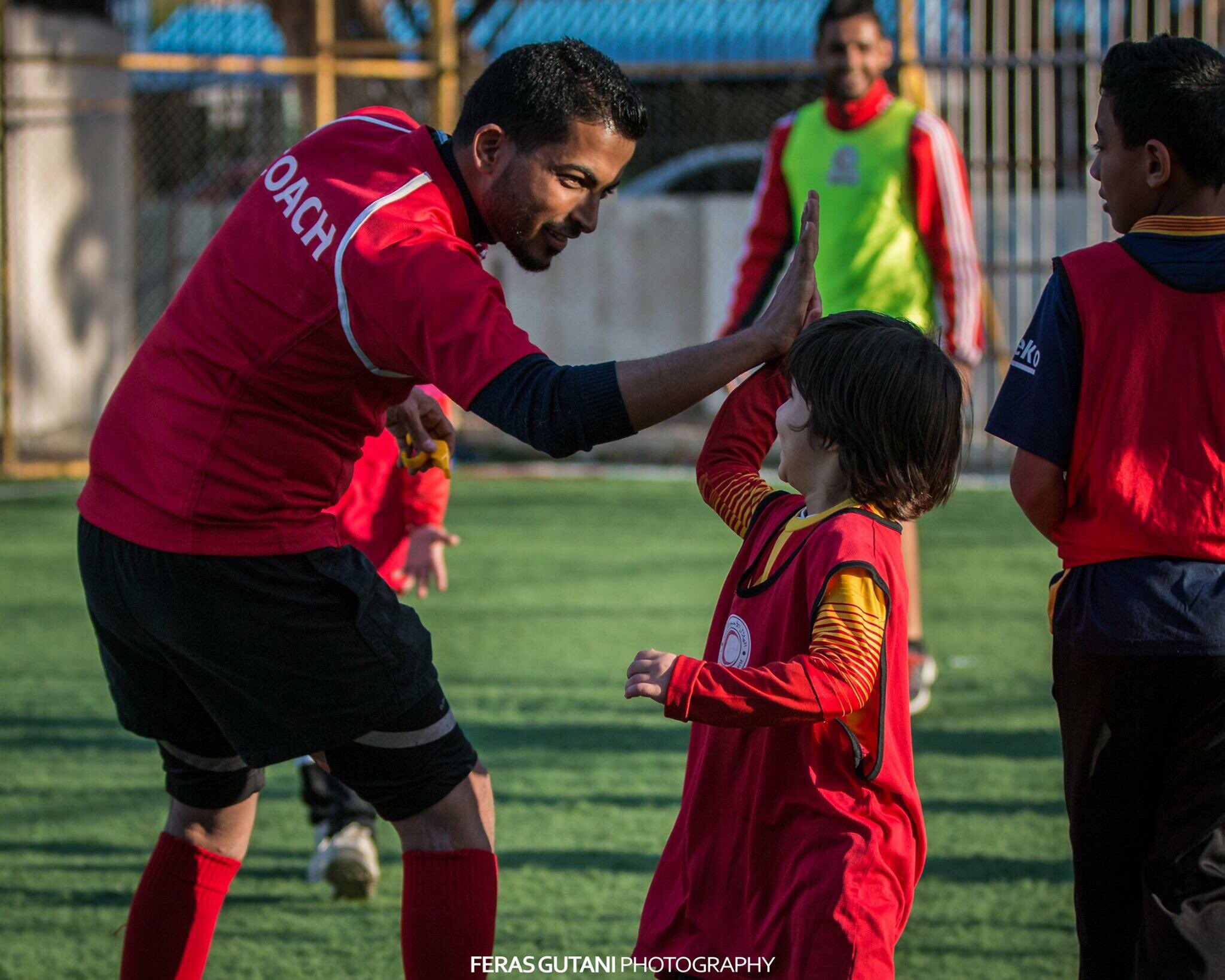 After the success of the first year, the time schedule began for the  preparation for the Schools’ League and also the Areas’ League  throughout the city simultaneously with the next Rugby World Cup in May of this current year, 2015. Due to the war going on in Benghazi, we were  unable to establish any league because of the closure of schools and universities in the city for the last six months.
Therefore, a new phase of the project has been launched, under the name of (Rugby 2018: Playing for Peace)
It aimed at areas affected by the war and that have a high population density. We have started already and we are in the process of setting up a tournament at the beginning of next March.
The Rugby 2018 Project:
The Rugby 2018 Project was created  to solve the problem which the sport of rugby has faced  since 1998:  a shortage of players and lack of public interaction with the sport of rugby as a result of the government not supporting the game and because rugby culture was not promoted effectively.
Over the period of 16 years (1998 to 2013), the game’s – very slow- evolution  included the following:
.The establishment of the Libyan National Team selection camp with one participation in the African Mini-Championships in  Egypt  in 2010
.Creation of the Technical Committee for the game or all of Libya in 2012
.Holding  local tournaments with some external participation on the level of representation of cities such as Tripoli and Benghazi.
.The first official league in 2012 with the participation of eight teams from the  cities of Benghazi and Tripoli ( the capital).
.The first Cup  in 2012
The Rugby 2018 project was created  to increase awareness of the rugby culture clearly  in terms of purpose and plan, starting with  promoting the game in primary and secondary schools.
But in Libya, in Benghazi in particular, we face the danger of a complete halt to the project due to the ongoing war which  has been raging for over 4 months now, and especially as schools and universities in Benghazi are closed; sports clubs and leisure centres are closed too.
Despite the above mentioned conditions, we came back after a break of two months because of the violent war of Benghazi. At this time we created a work group under the name of Crisis Management to work under any circumstances and gave the project a new name ( Rugby 2018 : Playing for Peace).  Since  the revival of the  project, we were joined by over 100 players in only the first 10 days of starting the training project again. .
Our country is now in a state of war, one which is  close to becoming a civil war that will divide the country, but we are interested in continuing the project as much as we are interested in  focusing on peace, on a new generation without war and without intolerance. We want to focus on a generation that has sportsmanship, that is mature and aware  and will be the pride of coming generations.
In Rugby 2018, we are building the men of the future, a promising new generation  which will create stability and peace.
Rugby 2018 : our city’s hope for peace.
Abd alhaq Faiz
CEO
Rugby 2018
29.12.2014